Audio texts: 5 tips how to text for listening

Listen to read out

How to write a good audio script

Audio texts are quite different from “written language” texts that are meant to be read.
After all, we talk differently than we write. And it makes a big difference whether someone reads or listens to a text.

It doesn’t matter if it’s a live lecture, a podcast, or an audio guide: Good audio texts are a must for an exciting and easy-to-understand listening experience! Of course, the best results come from audio texts designed by experts. Good alternatives when budgets are tight are reference books and the many online tips from professionals.

As a rule of thumb, write as you would speak!

As if you were telling the info to someone in person or on the phone! This already gives you a good basis for your audio texts.

Audio info is mostly for entertainment, as opposed to reading a technical book.

And audio texts are often consumed “on the side”, while exercising, ironing, cooking or sightseeing. So attention is divided.
Therefore, the amount of information for audio texts should be about one third smaller than for written texts of the same length.
After all, listeners cannot read at their own pace. They have to absorb, understand and remember everything on a single hearing.

That’s why audio texts always contain only one – really important – piece of information per sentence.
In addition, a good audio script pays attention to a logical sequence of the information. Each piece of information builds on the one immediately before it. There are no references to facts that follow later, or even a: as mentioned at the beginning. This only confuses the listener! 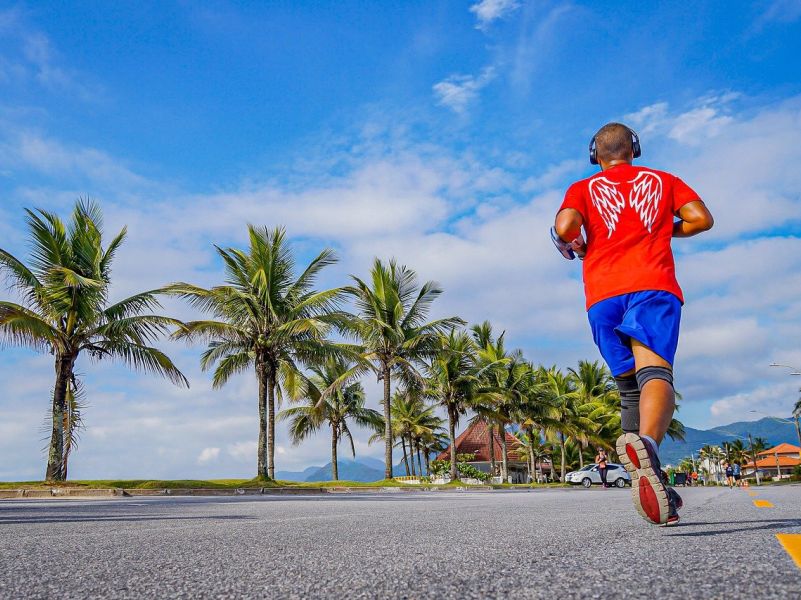 For audio texts less is more!

Syntax and sentence structure should be as simple as possible. An audio script is not a scientific treatise!

Therefore short sentences, no subordinate clauses, no technical terms, no (unnecessary) filler words and as few foreign words as possible.
And don’t be afraid of repetition! On the contrary, always stick to the same term when referring to someone. e.g. Always talk about the pope or the chancellor, instead of using synonyms for “variety”, such as the pontiff or the head of government . This makes it easier to follow the content.
A special practice for audio texts is to place the verb at the beginning of the sentence. This immediately tells the listener what the sentence is about. This is particularly important in German, because the decisive verb is often placed at the very end of a sentence.

A printed article provides headings, paragraphs, and pictures for orientation. This gives readers an overview about content and length.

Audio texts should also provide the listener with this orientation, but only with words:
Begin the audio script with a brief overview of the info that follows.
Use sentences such as Three events were decisive, namely… This gives an indication of the text length.
Number adverbs such as first, second, third or words such as last but not least or finally indicate the “location” in the text.
Binding words at the beginning of sentences establish a connection between two sentences, e.g., besides, therefore, in this way,….So listeners can prepare for the next tidbit of information.
Repeat the main message at the end of the audio texts in summary form.

Resist the temptation to include as many facts and dates as possible in your audio script.

Dates, measurements, bulleted lists, etc. should appear as rarely as possible in a good audio script. The reason is simple: No one can remember them if they hear these concentrated facts/dates only once – and often in passing!
That’s why we replace size or weight information with pictorial comparisons. Instead of The machine weighs 12.4 tons, we say: The machine is heavier than two elefants.
Besides, dry facts are simply boring and tiring for most listeners. Better are anecdotes and stories (storytelling), which are also most likely to remain in the memory.
Most audio texts are intended to entertain. Therefore, a deadly-serious, dry writing style is not ideal for audio scripts. Better are texts with charm and wit that elicit a smile from the listener. Even for a “serious” product, the audio text can offer more humor and irony than texts for product brochures or websites. 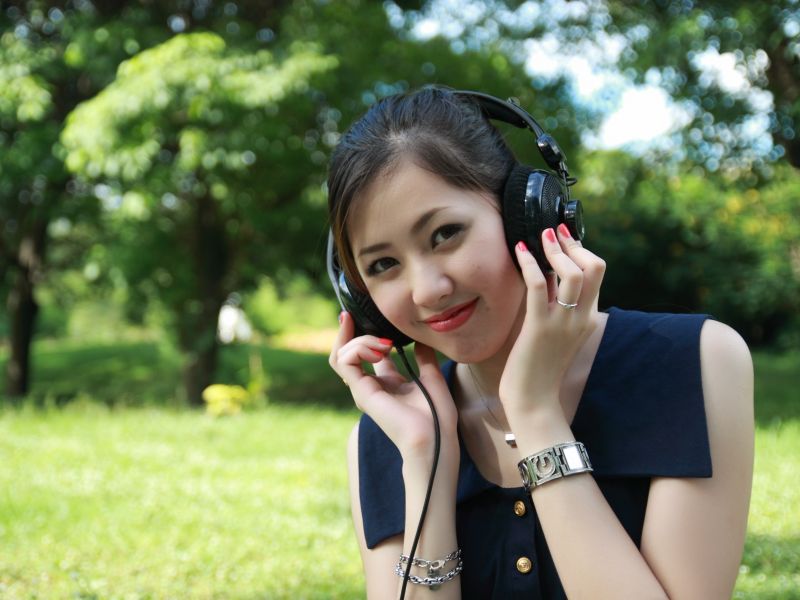 A good audio text brings a smile to your face!

5. Listen to your Audio Texts!

You have taken all tips to heart and your audio script is ready?

Then it’s time for the final quality test, the listening check. You have two options:
Either you read your audio texts to someone who corresponds to your target group and for whom the content is completely new. This is a good way to check how difficult the text is to read, how well or easily the content can be understood and what of it “sticks”.

Or you can use our Speech Generator. Simply copy your audio texts into the Speech Generator and click on the “Prelisten” button. The text will immediately be read out by the text-to-speech engine. It is best to listen without reading along. Then you will immediately notice if a sentence is bumpy or incomprehensible. Because it is too long or the word order is incorrect. Or if a phrase is too complicated to understand its meaning immediately.

Try it out right away: LISTEN TO THIS Text 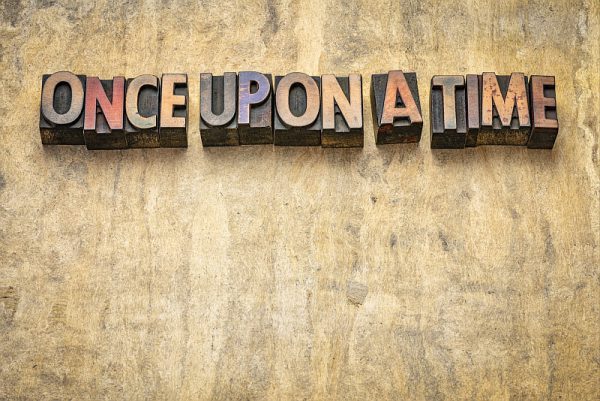 Why Storytelling with Voice Assistants is a perfect combination 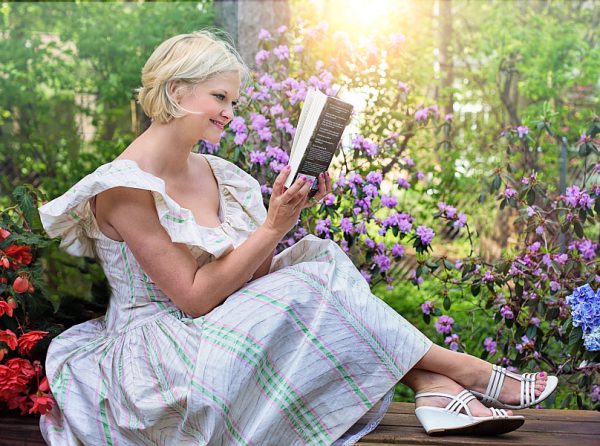 Why reading is “out” and audio is on the rise

Find out, why voice assistants can improve the reach of your messages and the comfort of the recipients. 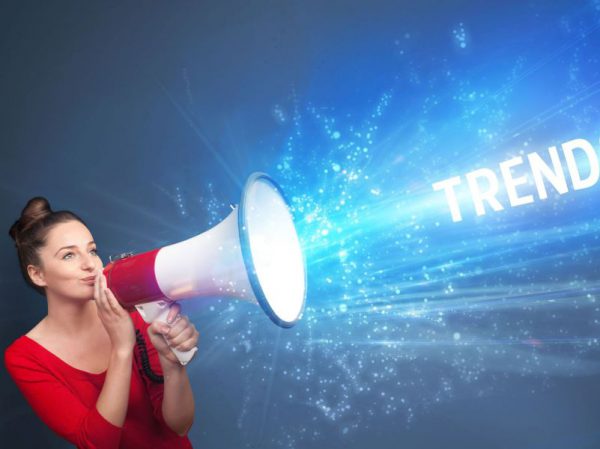 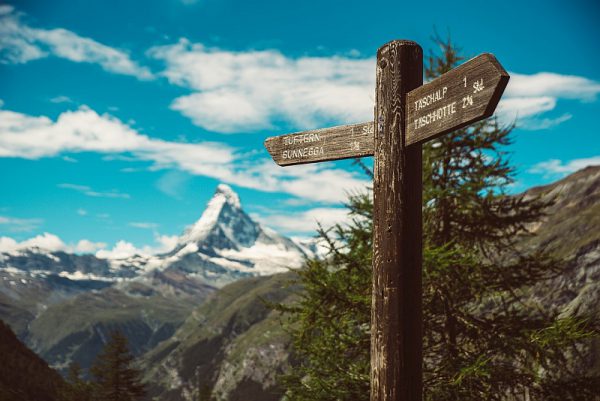 Use your signage for contactless audio visitor information

Now visitor information must work contactless. How to use your existing signage as low-cost Audio Guide. Do it now and… 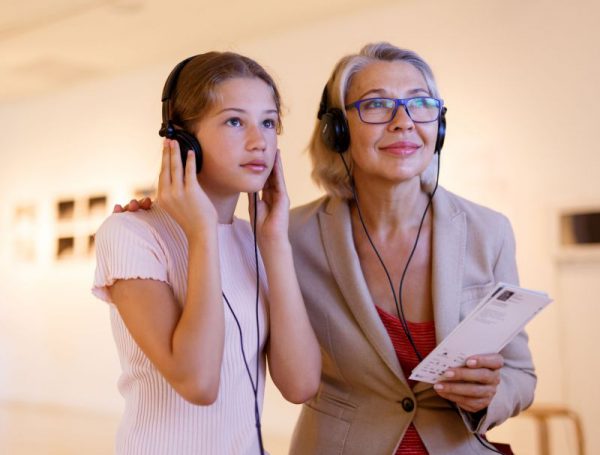 For many cultural institutions audio guides are simply too expensive. Find out about affordable solutions 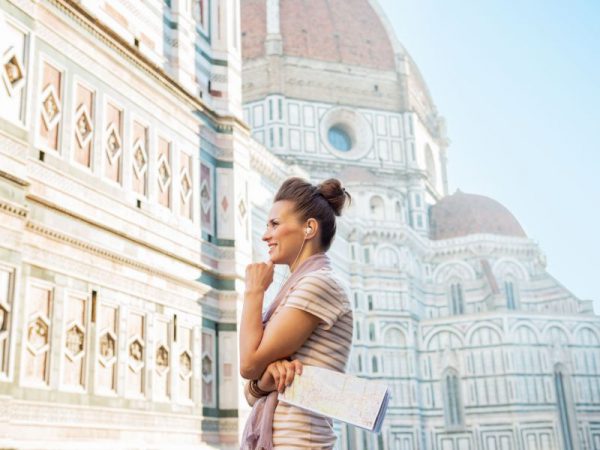 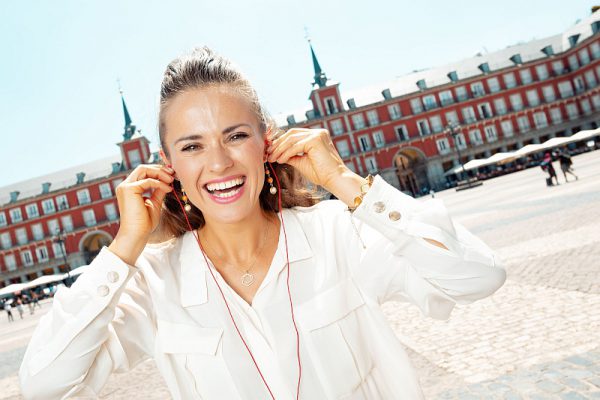 Why audio communication is the best choice for Storytelling and what you need to consider when writing audio texts. 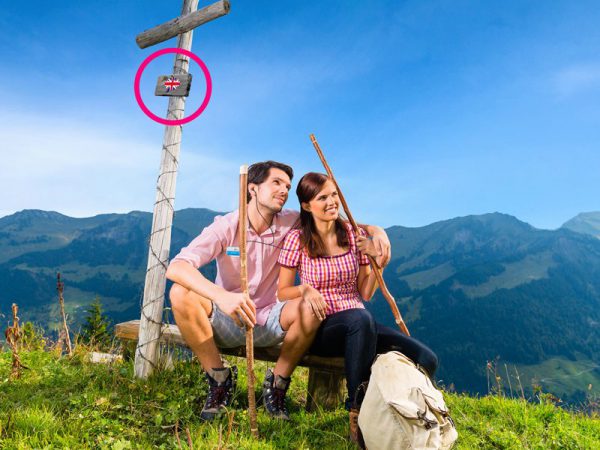 Find out, how cost-effective our smart combination of Audio Guide and talking signage can improve the visitor… 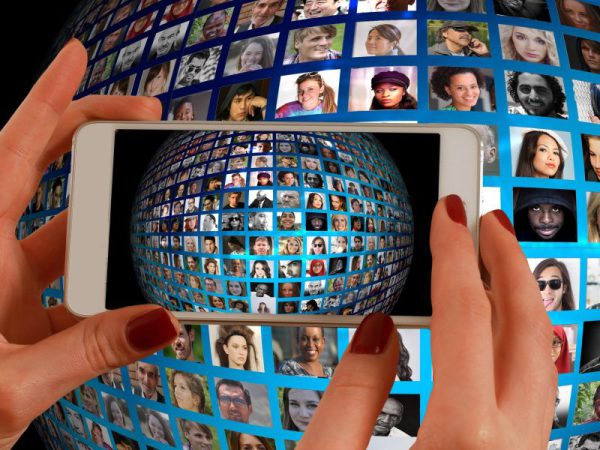 How climate-friendly is the internet? 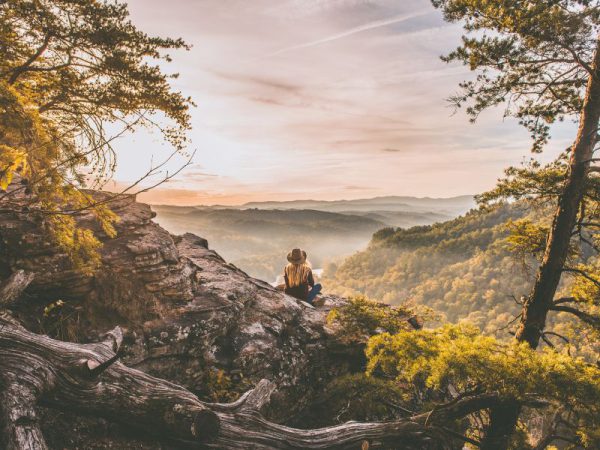 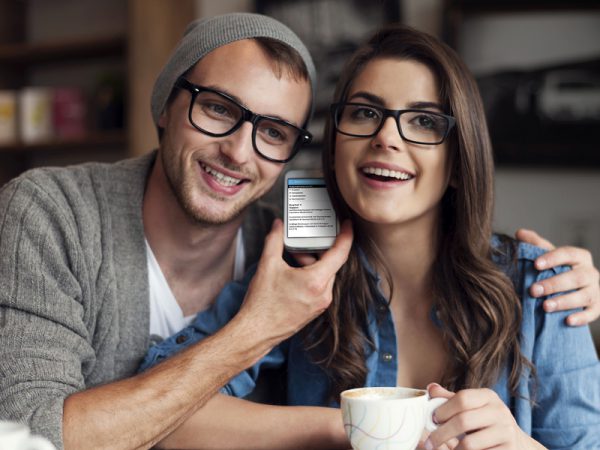 Audio information has many benefits

How easy it is to benefit from audio information 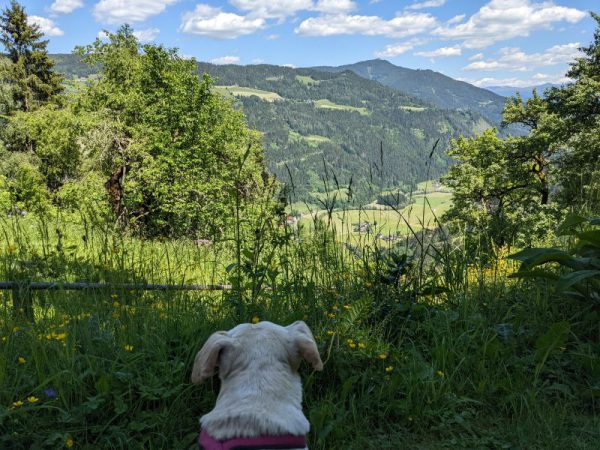 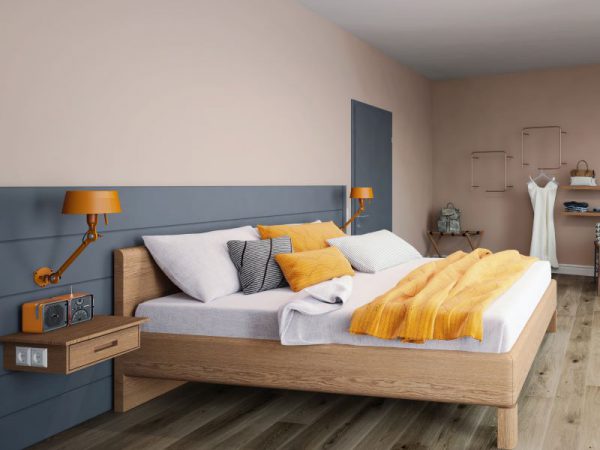 Showcase of an accessible and inclusive hotel

Why digital solutions are great tools to convey history 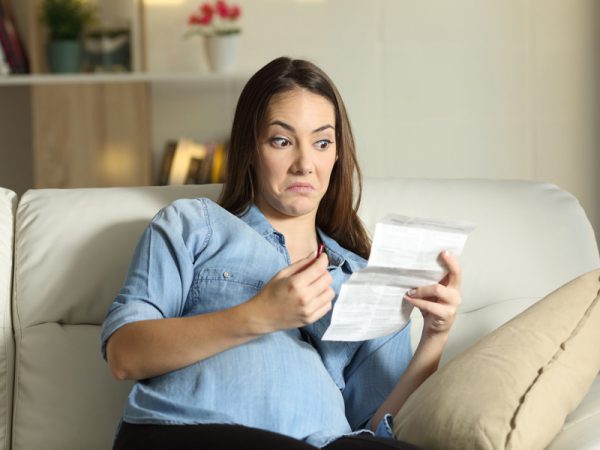 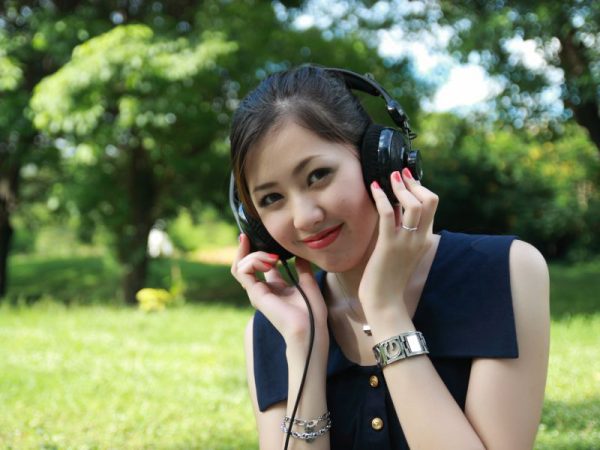 Why a talking QR Code has many advantages 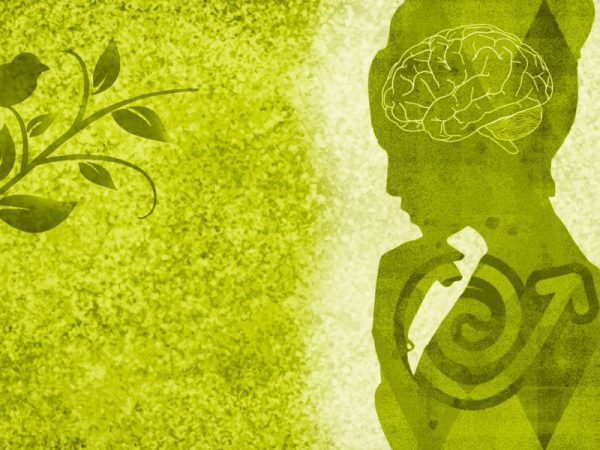 Sustainability in marketing with voice assistants

Find out how Siri and Alexa promote sustainability in marketing 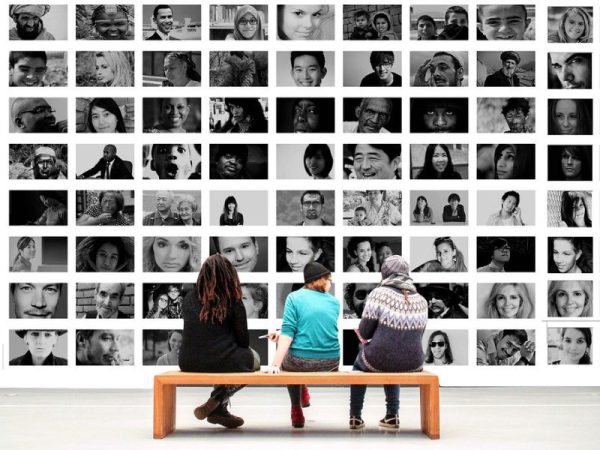 Accessible exhibitions for people with visual impairments - so easy

Just wanna tell that this is handy , Thanks for taking your time to write this. Sydney Friend

A big thank you for your blog post. Really thank you! Really Cool. Rolf Casperson 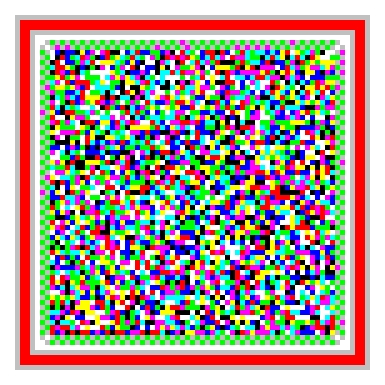